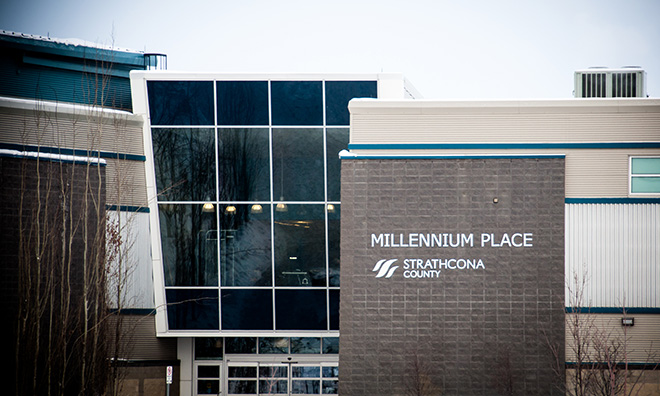 The community is invited to attend the celebration of six individual athletic achievements as their photos are added to the Sports Wall of Recognition on Friday, January 13 at 7 p.m. at Millennium Place.

One new inductee, Lorrie Horne, will be added in the Builder category.

Lorrie Horne has played and coached ringette in Alberta for 38 years.  Lorrie is regarded as one of the top women’s coaches in the nation and she has made an outstanding contribution to the development of athletes at all levels of ringette in Canada.

Cam Ward, Colin Bonneau, Ryan King, Jimmy Quinlan and Tom Wilkinson will be honoured in the Athlete category, in recognition for representing their sport with distinction.

Cam played minor hockey in Sherwood Park in the Peewee A, Bantam AAA, and Midget AAA divisions. Cam was drafted 25 overall in the first round of the 2002 NHL by the Carolina Hurricanes. During his time with the Carolina Hurricanes, he won the Stanley Cup and the Conn Smythe Trophy (2006) and was named an NHL All-Star (2011).

Colin Bonneau aka “The organist with Pipes” entered competitive powerlifting at the age of 52. Colin continually impressed during local, provincial, national then internationally organized events. He has set and broken around 90 world records – many of which stand today.

Ryan King began playing football for the Sherwood Park Northstars in 2000. King joined the Edmonton Elks in the 2012 CFL Draft. He played his whole professional career for the Elks (nine seasons) and during that time, won a Grey Cup Championship and was selected as the CFL Tom Pate Memorial Award recipient.

Jimmy Quinlan is a lacrosse athlete from Sherwood Park. Jimmy began his professional career in 2005 with the Toronto Rock and then went on to play eight seasons with the Edmonton Rush. He became a defensive Coach for the team in 2013 and stayed on as Assistant Coach when the team relocated to Saskatoon, winning two NLL Championships.

Tom Wilkinson played as a quarterback in the CFL for the Toronto Argonauts, BC Lions and Edmonton Elks. During his career, he completed 1,613 passes for 22,579 yards, 154 touchdowns, and had a completion percentage of 61 percent. After his career as a player, Tom continued to support the football community working as the head coach of the University of Alberta Golden Bears Football Team.

Please note: This media release has been updated at the request of Ms. Gallant to withdraw her name.

To learn more about the Millennium Place Sports Wall of Recognition and past inductees, visit strathcona.ca/WallofRecognition.