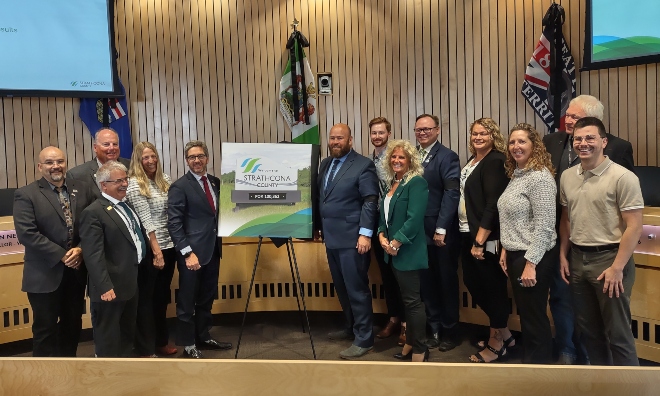 “We’ve reached a milestone mark, over 100,000 people strong. It’s positive to see the County’s continued growth and reflects on what a great community this is to live, work and enjoy,” says Mayor Rod Frank. “Thank you to all households for participating in the census. Updated census data is used in various County planning to deliver programs and services effectively to meet community needs. It can also be useful to local businesses and organizations as well.”

In addition to population numbers collected throughout May and June of this year, the census collected other information including dwelling statistics, length of residency, number of vehicles registered, citizenship, household size, gender, age, race/ethnicity of residents, school support for election planning, level of education, and employment/student status.

Mayor Frank adds, “Not only is it exciting to see the new population tally, the many innovative improvements to census-taking are also impressive.”

New approaches in conducting the census included transition to paperless census collection on mobile tablets and use of technology to track and manage daily collection progress. This meant households weren’t subjected to repeat visits from census workers, resulting in 36 per cent fewer census workers needed from the previous census and saving on costs.

More targeted reminders to households who hadn’t yet completed the census and increased census promotion helped to push the response rate up at the start of enumeration by 13 per cent. The overall online/phone response rate was 76 per cent.

The 2022 municipal census report summary is now available to the public at strathcona.ca/census.​ The detailed report will be available online October 7, along with the County’s user-friendly census results mapping tool available at the end of October. The public may request data, including crosstabulations and geographic breakdowns, by emailing gismaps@strathcona.ca​.